Bulb is a lighting interactive scenography which plays with the same word on itself. On one side Bulb (light object) and on the other side Bulb (in Catalan), is like the underground storage organs of nutrients (like in some aliments in botany, in anatomy the hair , ..)

A scenic space (conventional or not) where the movement is the source of nutrients and richness of the scenography, which reacts by modulating the intensity of light and sound of the space.

We work with the idea that bodies in motion generate the energy and this is visualized with light intensity. The dancers/users, on the stage/installation, affect on the intensity of the light bulbs and modulate sound.

Bulb is a dual proposal, as can be understood as an interactive installation and/or worked as a staging with specific working groups. 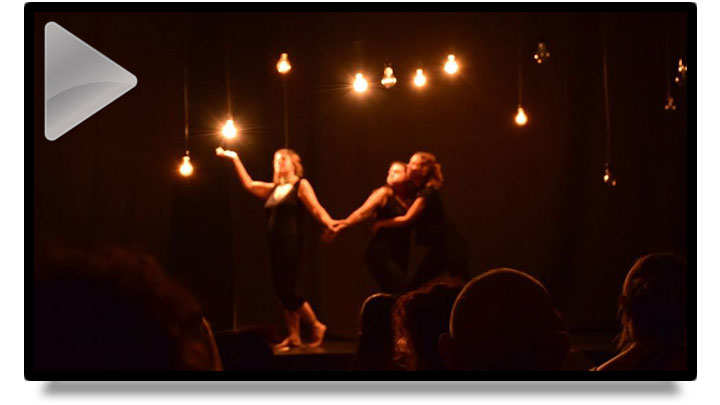 Bulbis a project open to work with many types of audiences and groups. The scenography with bulbs will always be the same but there will be people that will interact differently to the show (always based on guidelines and a continuous work of body/movement with the choreographer Irina Martínez).

To visualize the movement in relation to the intensity of light or sound modulation, we believe it is a very clean to take conscience of the body, movement, rhythm, both for whom it acts as who observes; a different way to observe and bring closer the language of dance.

The idea of Bulb is works with different groups (the elderly, women, exclusion social risk, people with disabilities, ..), from an interactive light scenography to work the own motion, from the individual and/or the group, for a specific time (X weeks) to finish making a sample of the resulting process.

A work of body and movement with which to express, convey emotions, to experience from an unusual context by some groups.