MUT[is]#01 is the dance piece resulting of the work in progress that companyia Múcab Dans made during 2011; a origina innovative performing proposal of dance, live music and articulated structures that surprise and excite the public.

The set designer Santi Cabús and the choreographer Irina Martínez have been enteret in the fusion between technology and sensitivity, between iron and movement, between toughness and tenderness, to enter the vast empire of silence.

Under an appearance that may seems uniform, say the company, there are "many kinds of silences and many ways to keep silent". 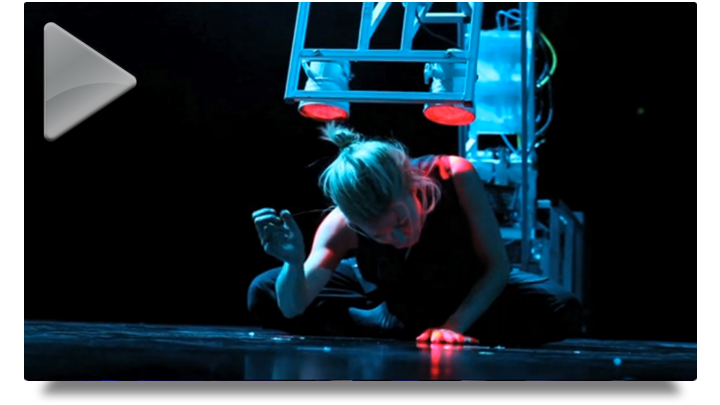 In the land of silence, the word is a maladjusted foreign; talks and talks but says nothing. In the world of silence are the words are voices in the desert, voices without answer or without echo.

The silence appears occasionally, without noise, without major preliminaries. Most often sought but not something arbitrary and accidental. The silence rest in a few moments with the subject and disappears again, because of a word, an interruption, a music, an external noise or a feeling of suffocation inside; No matter the reason, the being of silence is quiet and fragile..